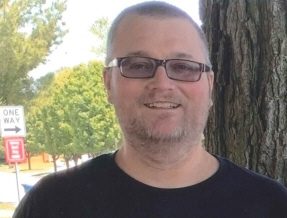 It is with heavy hearts that we share the passing of Matt Christman with the IMAA membership. Matt was an active participant of the IMAA Environmental Committee. He was also an eager supporter of the BSA Mining in Society merit badge and volunteered during scouting events that IMAA held at Irving Materials, Inc’s Pendleton Quarry.  We send our condolences to both his surviving family and his work family at IMI.

Matthew “Matt” Lee Christman, 45, of Gas City, formerly of Huntington, passed away at 12:28 am on Sunday, August 2, 2020, at IU Health Methodist Hospital in Indianapolis. He was born in Huntington on Friday, May 30, 1975, to John and Nondus (Fuhrman) Christman. On January 2, 1999, he married Christina Maria Fowerbaugh and she survives.
Matt was a 1993 graduate of Huntington North High School and graduated from Purdue University in 1997 with a bachelor’s degree in engineering. Matt was a civil engineer at IMI for the past 23 years, and also taught industrial technology at Ivy Tech. He was a member of Holy Family Catholic Church where he served as the Religious Education Director and was a member of the Knights of Columbus. Matt enjoyed studying architecture, and loved to visit new buildings and bridges being constructed. He liked watching sports, especially hockey, football, baseball and NASCAR. Matt’s biggest motivations in life were his faith, family and career. He had a job doing something he loved, providing for a family that he loved. He cherished the time spent with his children, especially playing Monopoly, watching movies, going on family drives and having cookouts. Matt was a dedicated son, husband, father and brother, and always put his duty to his family first. He will be remembered as a loving, funny, hardworking and faithful man who will be missed by all.

Matt was preceded in death by his grandfathers, Clem Christman and Ervin Fuhrman; his grandmother, Joan Christman; and sister, Emily Marie Teusch.

Memorial contributions may be directed to the family for the care of Matt’s children. Memories may be shared online at www.nswcares.com.