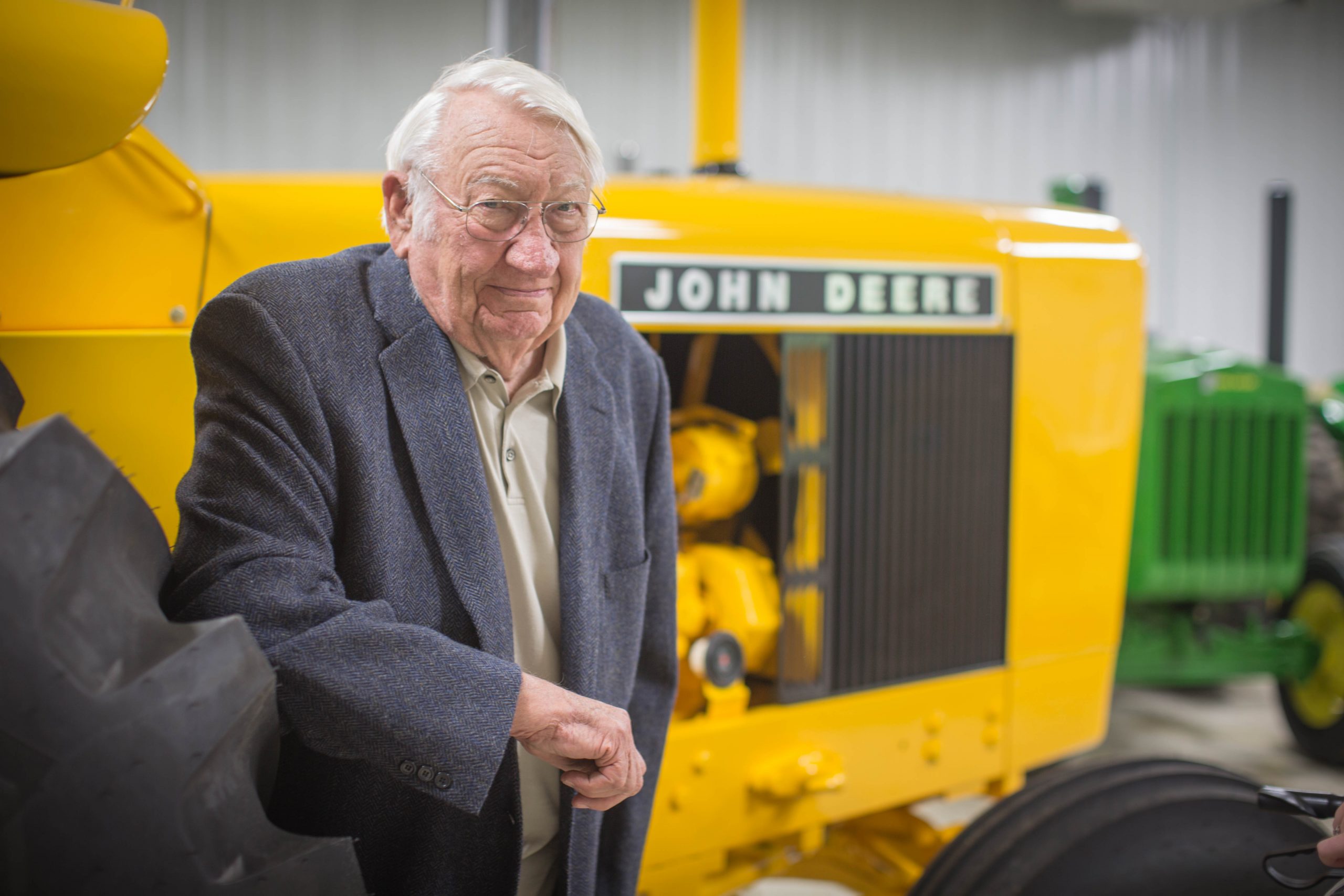 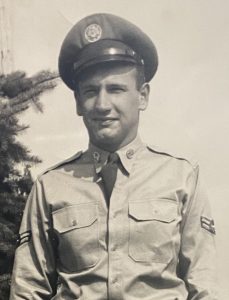 Richard Benck during his military service.

Rich’s family did not have very much as he was growing up but somehow, he overcame many obstacles that were put in his path. Joining the Air Force during the Korean War changed the trajectory of his life. He learned skills and got an education. Rich and Mary’s passion for travel also started when they were stationed in Germany and traveled throughout Europe in their 1951 Oldsmobile which was an unimaginable leap from the small farm communities where they both grew up. They later spent their retirement traveling the world.

After leaving the service, Rich went to work for a John Deere Construction dealer on the south side of Chicago. When the territory on the west side of Chicago became available in 1962, he and Mary invested their entire savings to start what is now West Side Tractor Sales. Rich was aggressive and his determination to succeed drove him to keep buying out neighboring dealers. West Side today is being run by his children and grandchildren and now covers 80 counties throughout Illinois and Indiana.

Rich’s personal passions were many, but most of all, for his family. As in all family businesses, the lines are blurred between business and family and this was especially true for Rich. He was proud of what he started but also of the next generations that carried on successfully after him. He adored spending time and creating memories with his children and the generations to follow. Rich loved flying his airplanes, spending ‘lake time’ with his family boating and fishing, as well as restoring antique tractors. He spent many winters in Key West in their RV and hit the road with friends periodically across North America. In his later years, he was an avid stock market investor and took pride in getting returns greater than the “experts”.

Rich was very talented at fostering relationships. The root of his success with others was sincerity and authenticity. He not only had many people early in his life who mentored and coached him to success, but he did the same for others. There are dozens of individuals professionally and personally that are grateful for what Rich did to help them get started or change career paths. He had a set of core values that focused on honesty, hard work, common sense and doing the right thing that made him trusted and respected in any circle.

In his last years of life, Rich and Mary established The Benck Family Foundation and made the decision to give a large part of their estate to many causes close to their heart, including The Naper Settlement, Little Friends and Loaves & Fishes Community Services.

The funeral service will be private. A ‘Celebration of Rich’s Life’ will be held at the West Side Tractor Sales headquarters in Lisle, IL (3300 Ogden Avenue, Lisle, IL 60532) on Saturday, May 15 from 1 – 4 PM. To uphold safety guidelines, all guests are asked to wear a mask and respect social distancing requirements.

A passion project for Rich has been contributing and fundraising for The Naper Settlement’s proposed Agricultural Interpretive Center. This new facility will be a state-of-the-art STEM driven center for learning, showcasing the history and future of farming. In lieu of flowers, donations can be made in Rich’s honor to The Naper Settlement to make this project shovel ready by this Fall 2021. To donate, click here.